Unleash your inner monster on Sept. 19th and join in the fun by participating in the annual MONSTER COSTUME CONTEST during the Monster Prom III. No need to be shy or scared of being burned at the steak, just be able to be in front of a creepy crowd on stage and put your best, monstrous foot forward.

In addition to some great prizes, we'll also be crowning a GHOUL KING & QUEEN from the contestants. We'll post more info. soon on where to sign up for the MONSTER COSTUME CONTEST after arriving on Sept. 19th so stay tuned.

NOTE: Costumes, or more specifically, monster-themed costumes are not required for attending the Annual MONSTER PROM, although they are strongly encouraged! Monster Costume Contest and crowning of the Ghoul King & Queen will take place near midnight.

Get your Advanced tickets to the MONSTER PROM online at http://mcp.xorbia.com 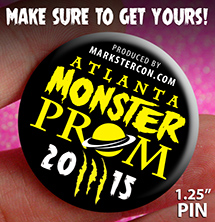 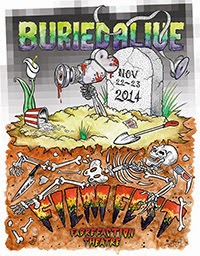